#planebae, should your child know about this? 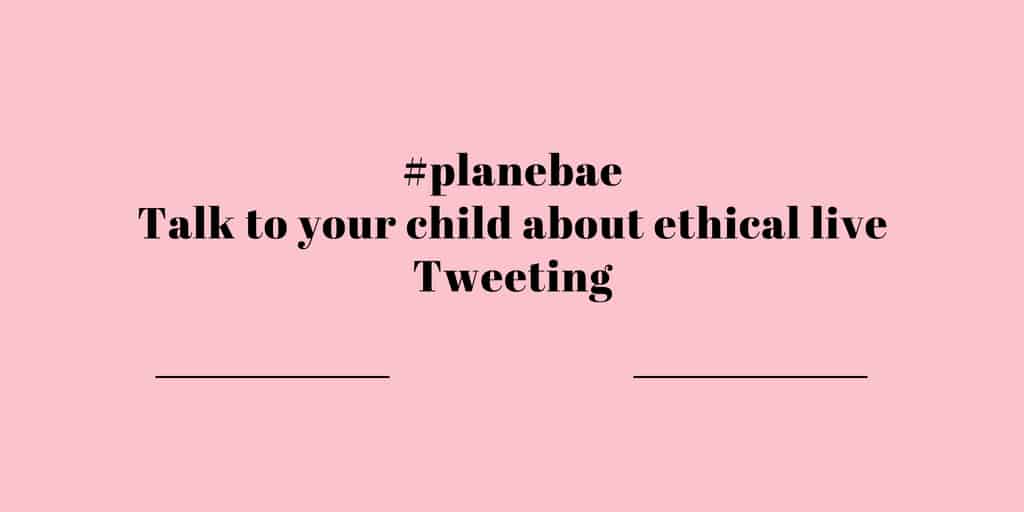 #planebae is a hashtag that has gone viral in the last few days. It has gained over 250,000 retweets and interactions. It is about an American couple who Tweeted about two strangers hitting it off in front of them in a plane.

The story started when Rosey and her boyfriend jumped on a plane but was not seated together. They asked for a woman to switch places.

The woman’s seat mate arrived and both of them seem to hit it off. Seated behind them, Rosey then started Tweeting about their love story which went viral.

The woman is referred to as Plane Girl. She never gave her consent for her story to be shared. People started looking for her online, trying to identify who she is. She felt ashamed and harassed as her personal information has been widely distributed. People have even started leaving nasty comments on her social media profile. She has now closed all her social media accounts.

The woman in this story feel she has been doxxed(an internet term which means giving out someone’s information without their consent). In a statement given to Business Insiders with her lawyer she said that this is not a love story but about ethics, privacy and consent.

Why you should talk to your child about #planebae?

Kids are growing up in a digital age where Live Tweeting and Live videos have become a way of life. But do our kids understand about privacy and consent to sharing other people’s information ? Rosey and her boyfriend clearly know no boundaries in this case.

We need to talk to our kids to not feel entitled to invade other peoples space in public. Rosey felt that she was being ethical by blocking the woman’s face. But is this enough?

Talk to your child about the ethics of live tweeting. When it is appropriate? When it should not be done? Children need to understand that not everyone wants to be famous. Everyone has their own story to tell and to share another person story without their consent is wrong.

Even though our child might post with positive intentions it might be viewed wrongly by others. They may face backlash from the public and might end up hurting someone else. Talking about #planebae is a good example to show children the importance of being respectful to people both offline and online.

7 damaging myths about kids and technology

4 types of self-care your kids need to know