How To Prevent Screen Time From Killing Your Child’s Imagination 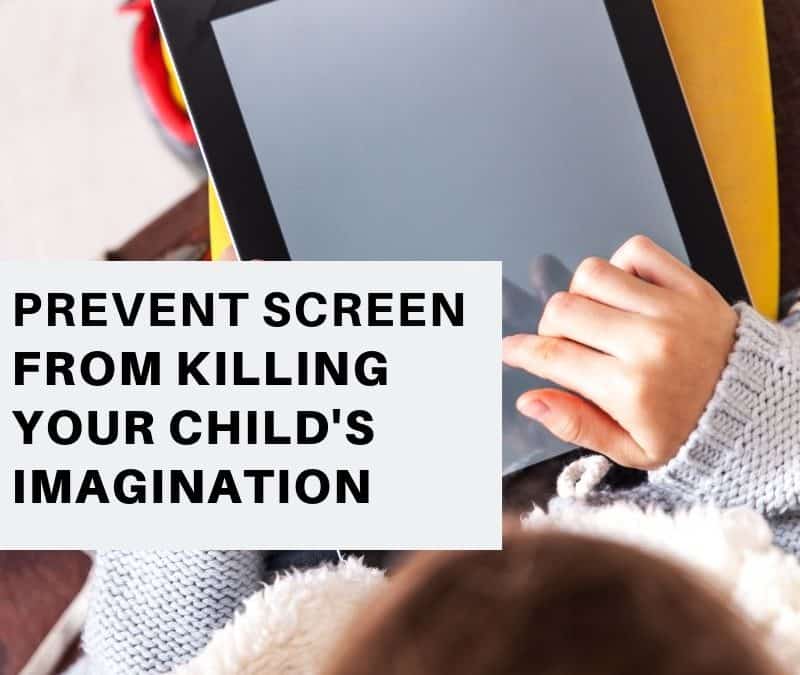 A new report by the Independent paper found that excessive screen time is dampening children’s imagination.

Other Findings from the survey:

Before taking away all your kid’s devices, you need to remember that the keyword here is excessive. We all know too much of something is never good. The same goes for screen time.

However, I also believe that too much of screen time is not good for a child. I find that in my own household children are no longer allowed to be ‘bored’.

Whenever a child in my house complains of being bored they are immediately given a Youtube show to watch or a video game to play.

This limits a child’s ability to use their imagination and be creative by being bored.  Such as, creating an imaginary friend or even a story they can tell so they can entertain themselves.

WHY YOU SHOULD ALLOW YOUR CHILD TO BE BORED:

According to Dr Vanessa Lapointe, a physcologist,  kids should be able to sit through their own boredom so they can hear themselves. The act of being surrounded by nothing can evoke something alive in the inside.

The problem children face growing up with screen is that it is readily available and increasingly becoming a numbing outlet.

The key to raising kids in a digital world is to help them find the right screen time balance and eventually teach children to self-regulate. 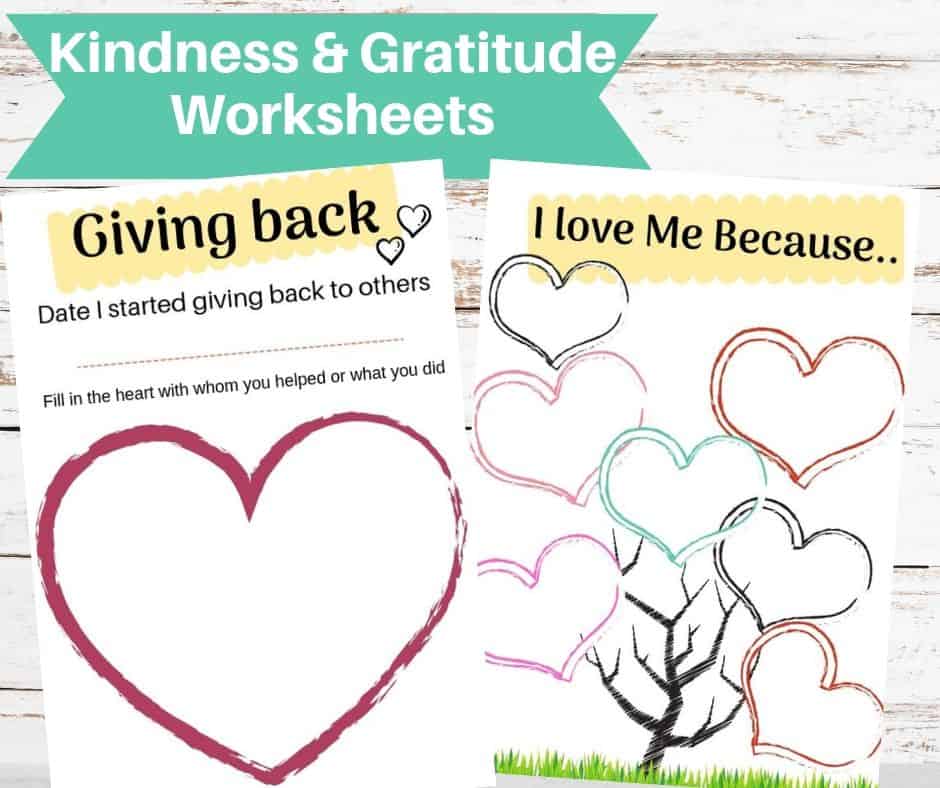 WHAT IS THE RIGHT AMOUNT OF SCREEN TIME?

The UK’s Royal College of Paediatrics and Child Health (RCPCH for short) has published some new screen time guidelines for parents.

The screen time study they are referring to is largely television time.

There isn’t a direct answer provided- for instance, it does not specify daily time limit- that parents are looking for.

The RCPCH informed that “There is not enough evidence to confirm that screen time is in itself harmful to child health at any age.”

However, the study identifies some concerns of high screen time, such as :

Here are some screen time facts according to the American Academy of Pediatrics (AAP) : 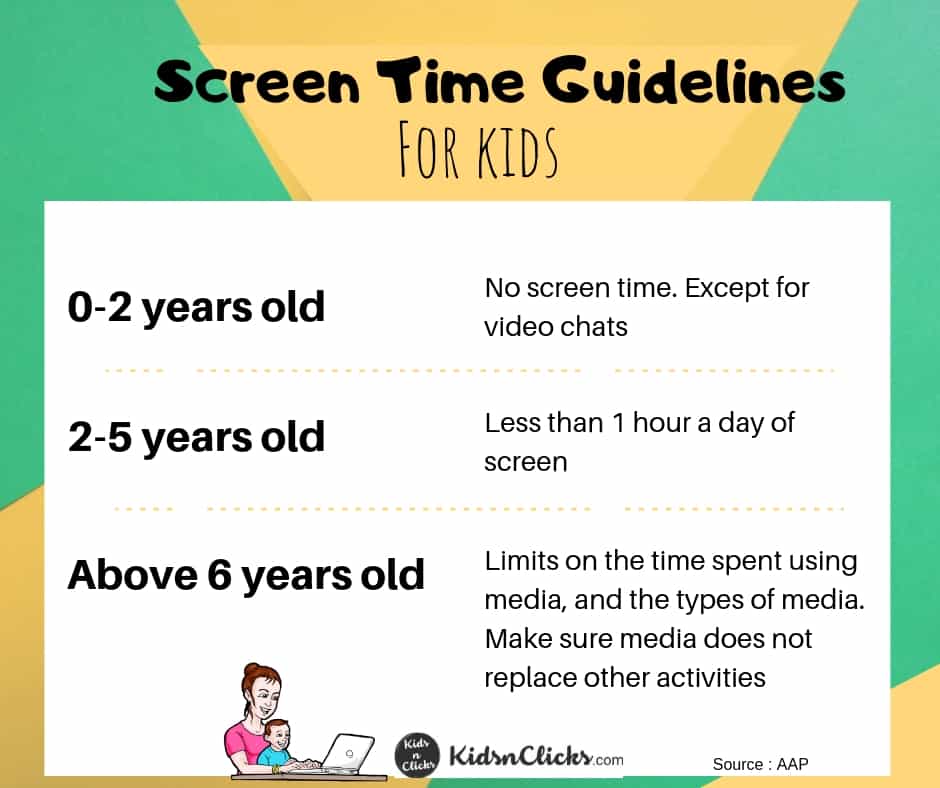 Related : If you are a mom feeling guilty about your kid’s screen time, then read this article and stop that guilt.

HOW TO PREVENT EXCESSIVE SCREEN TIME :

Firstly, select the right screen time activity for your kids. Not all screen time is created equally. Watching the unboxing of toys on Youtube is very different than learning to code.

As a family, you should have the conversation with your child on what is allowed to do on their devices and the timing they are allowed to do it. For instance, they can watch cooking shows on Youtube but not Ryan Toy review.

You can use the list here to find positive screen time with your child and how it can evoke creativity in your child.

The next you want to do is set some rules on when screen time is allowed. This includes :

download the smartphone self-evaluation toolkit for your kids which can help prevent excessive screen time. 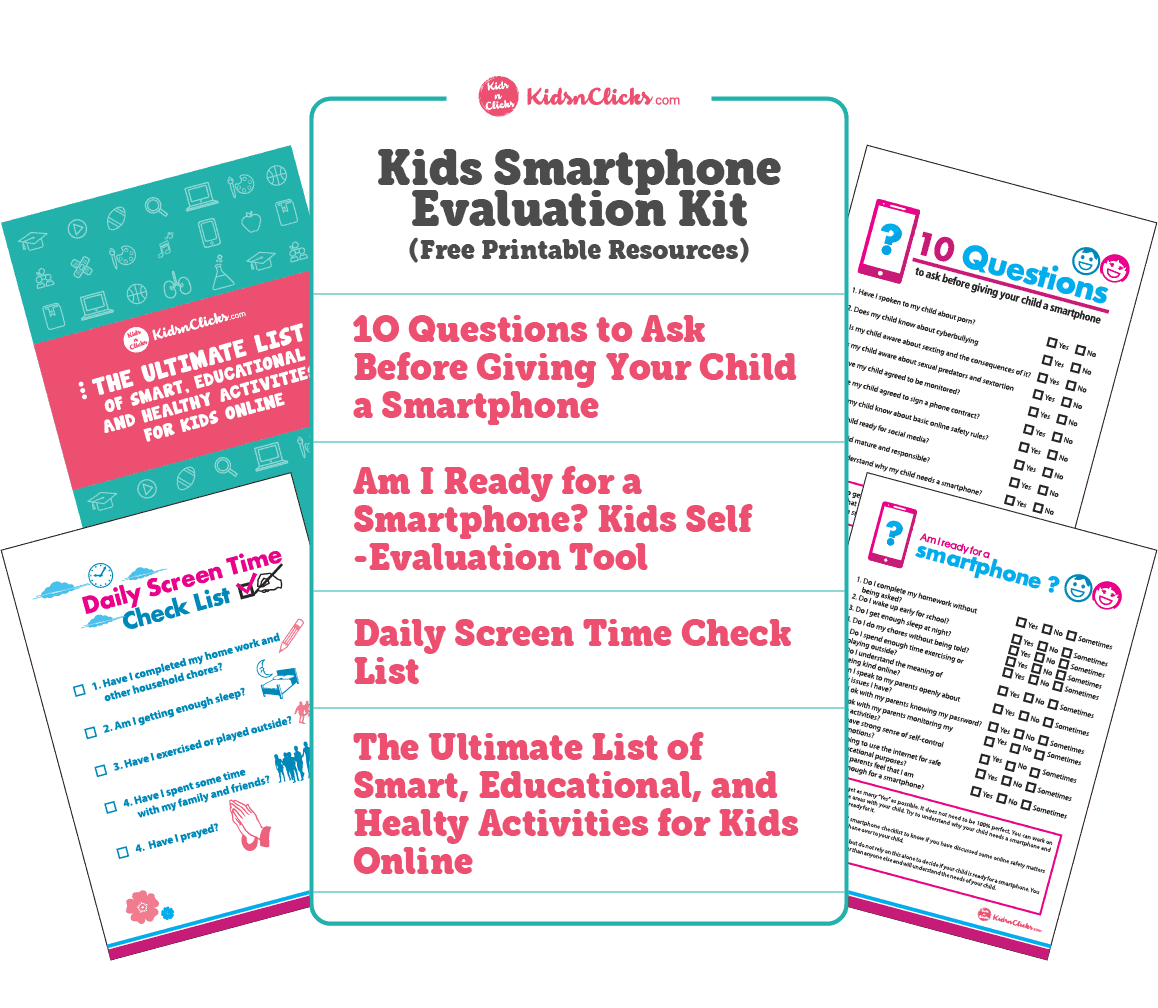 HOW TO GET KIDS TO UNPLUG:

If you think your child is spending too much on the screen then find offline activities that they like to get them to unplug.

I am a strong believer in practicing mindfulness for children who are growing up in a tech world. This would mean the simple step of getting them to write in a journal for a few minutes a day before bedtime.

It is surprisingly a calming activity that can help your child be at peace with their thoughts and reflect on their emotions. Also, a great way for them to practice gratitude at the end of a long day.

However, children must be given the right tool to practice journaling. Providing them with an empty book will not help them. They need the right prompts that would help them think about their feelings.

You can check out the Happy Printable Journal, 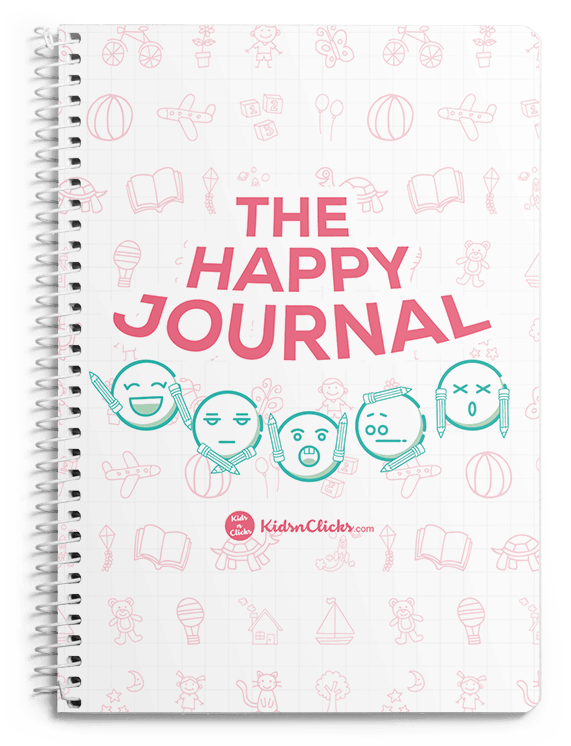 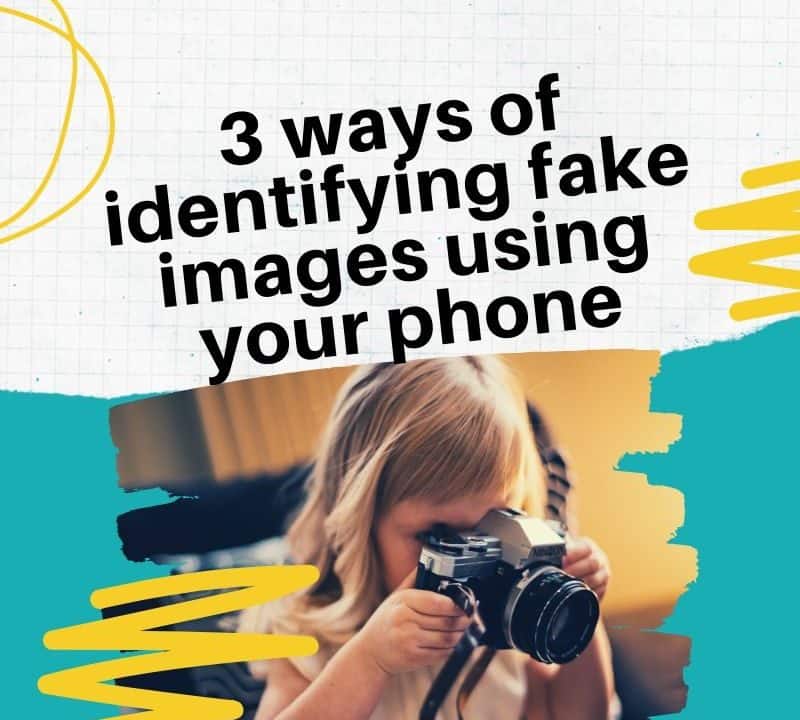 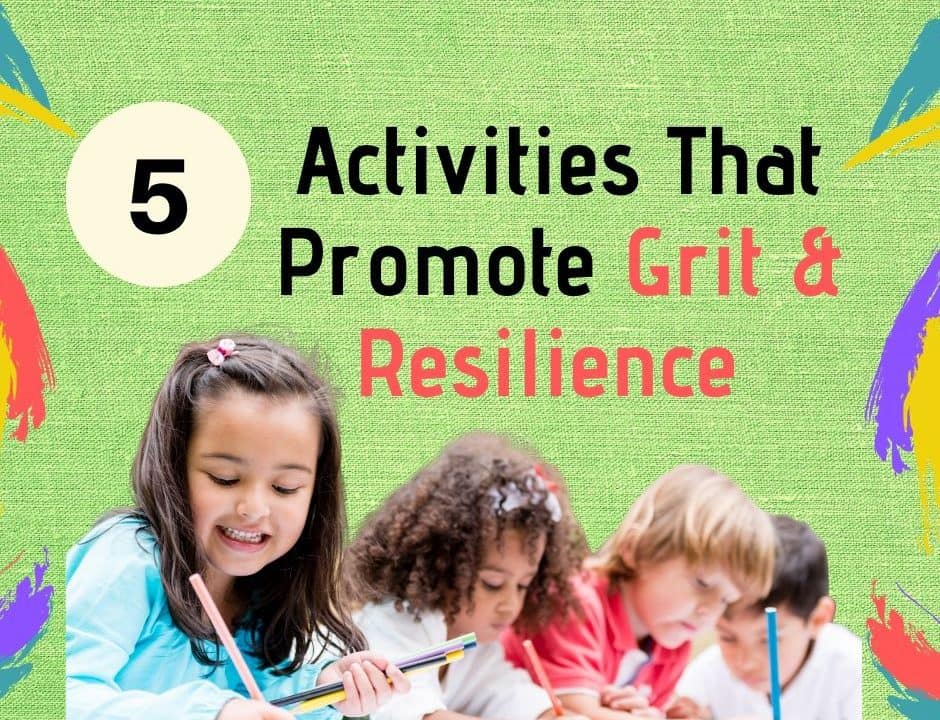 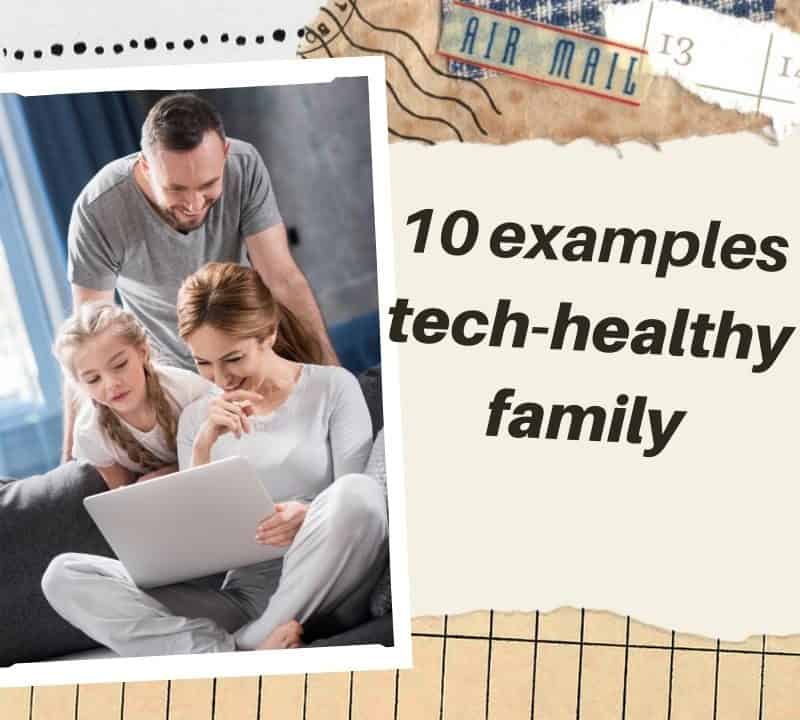